Frederick Matthias Alexander was born on the Australian island of Tasmania in 1869.
As a young man he had two recreational interests: horses and amateur dramatics. He developed a passion for the theater and in particular for the work of Shakespeare. Success in giving one man shows convinced him to set out on a professional career but very soon he began having problems with his voice.

You’ve been trying to use your organism by primarily dis-coordinating it
– F.M. Alexander 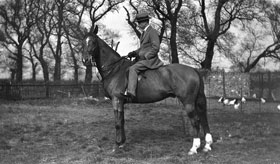 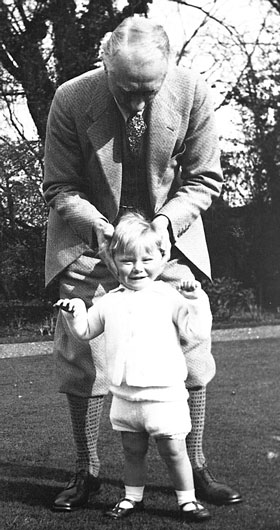 When the doctors and voice teachers he consulted could offer no practical help, Alexander decided to find out for himself what was going wrong.

In his search to solve what he thought of as a personal and local problem, Alexander came to a practical understanding of the workings of the whole human organism in activity. The principles he developed can truly be termed universal. He explains how he worked, his questions, difficulties and subsequent understanding in his book “The Use of the Self” published in 1932.

Alexander was able to bring about such a remarkable improvement in the use of his voice, his presence and poise that other people became interested and wanted to learn what he was doing. From about 1894 onward, he had busy practices in Melbourne, and later in Sydney, until this teaching became his main occupation.

A prominent Sydney surgeon, Dr. Stewart McKay, supported his work, sent him many patients and recommended him to colleagues. McKay urged Alexander that the only place where his work could get proper recognition was in London and in 1904 Alexander moved there.

In 1910, he published his first book, “Man’s Supreme Inheritance”.

Alexander traveled regularly between London and New York between 1914 and 1924. There he met the American philosopher, psychologist and educational reformer John Dewey. Dewey was greatly influenced by Alexander and brought his work to the educational and scientific community.

In 1924, Ethel Webb and Irene Tasker, both assistants of Alexander and also school teachers trained by Maria Montessori, began what was to be known as “the little school” in London. Alexander’s work was an integral part of the daily school program.

In 1924, FM published his second book, “Constructive Conscious Control of the Individual”.

In 1931, the first teacher training course was established in London.

In 1937, a group of physicians wrote to the British Medical Journal urging that Alexander’s principles be included in medical training.

In 1940, the children of “the little school” were evacuated to the United States. Alexander, at the age of 71, left with them. There he met and taught the American anatomist George E. Coghill.

In 1941, he published “The Universal Constant in Living”.

In 1943 he returned to London where he spent the rest of his life.

Between 1943 and 1947, Alexander’s work was attacked by Dr. Ernst Jokl in South Africa. This finally led to a court case for libel action. Alexander’s supporters during this case included some highly respected individuals, including the physiologist Sir Charles Sherrington and Sir Stafford Cripps, Chancellor of the Exchequer in the British government. In December of 1947, Alexander won the case, as well as a later appeal of the case by the defendants.

Perhaps brought on by the stress and worry at this time, Alexander suffered a stroke. His recovery however was remarkable and he went on teaching his technique until his death in 1955.